Serving the Community Since 1985

Enso is an ancient, international symbol of inner strength, harmony, community, and peace. It symbolizes a commitment to personal growth through body and mind balance, discipline, and practice. Enso comes from the Japanese language and literally means an "open" circle.

Enso Center is a non-profit organization 501(c)(3) with a mission to promote awareness, understanding, and harmony, internally, interpersonally, culturally, ecologically, and ideologically.

In our 20+ years of serving our community, we have given thousands of dollars in free membership to students in need, planted over 500 trees, donated use of our facility to community events, provided free self-defense seminars to youth organizations, donated funds to other non-profits and much, much more.

If you have a similar vision and would like to partner with us, please contact us. We’re happy to help our community 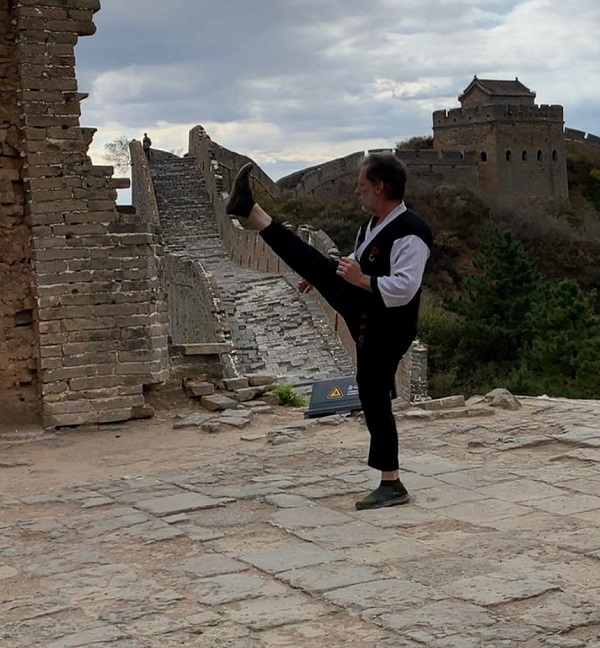 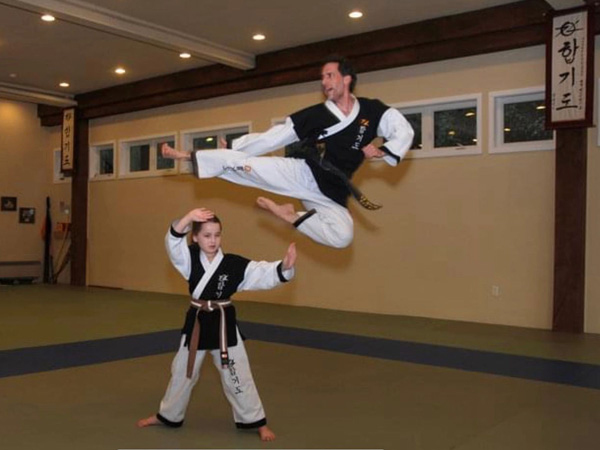 Master Jason Mix is a world-renowned teacher who has spent over 30 years teaching martial arts. He is the Program Director and Head Instructor at Enso Center.

He has trained over 200 black belts and taught seminars all over the world.

As a founding Director of the World Union, Hapkido Jason regularly works with other martial arts teachers around the world.

In 1985 Master Jason Mix and his mother, Master Susan Mix opened a school in Seattle with the help and support of his father, Master Bill Mix, and brother, Master Lucas Mix. This small school became the foundation for a network of schools throughout the Seattle Area, Eastern Washington, Oregon, Arizona, Idaho, California, Minnesota, Massachusetts, New Mexico, Oklahoma, Virginia, Maryland, Alaska, and Zimbabwe.

Master Mix has touched the lives of thousands of people and stands out in the martial arts community for his work with a broad range of students, including families, seniors, and people with disabilities. He continues to both teach daily classes at Enso Center and seminars both here and all over the world. 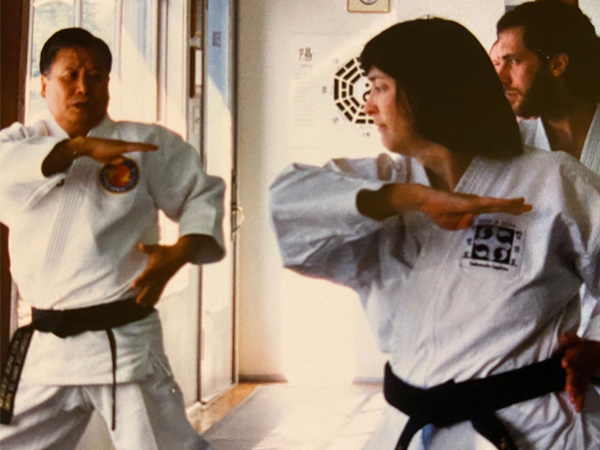 Master Susan Mix is one of the premier women Hapkido masters in the world and has 30 years of teaching experience,

She has trained over 200 black belts and is renowned for her ability to inspire martial artists to become gifted teachers.

Due to a congenital condition, she required muscle transfers to reconstruct both knees. Within a few years of studying martial arts, her doctors were amazed by her newfound abilities. Her practice provided new joy and purpose in her life. She brings a unique insight in how to overcome limitations and continued to be an inspiration to many.

Master Bill Mix is a retired Social Worker who has devoted his life to helping others, whether through teaching martial arts or through his work at Child Protective Services.

He has specialized in teaching "at-risk" youth and children with learning disabilities.

Bill love of life and his boisterous personality, combined with his martial arts expertise have inspired countless others to reach their goals, both in martial arts and in life. 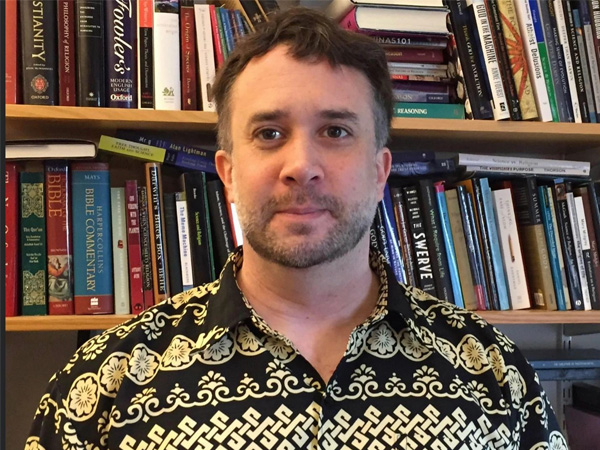 Master Lucas Mix has been teaching martial arts since 1986. He has studied evolutionary biology (Ph.D. Harvard) and divinity (MDiv, Church Divinity School of the Pacific) and is a priest in the Episcopal Church.

He has worked as a pastor, a professor, and a researcher and currently serves as project coordinator for Equipping Christian Leadership in an Age of Science, a program that supports science informed theology for senior leaders and across the church in the UK.

Lucas has written multiple books, most recently an academic volume on the history of definitions of life. 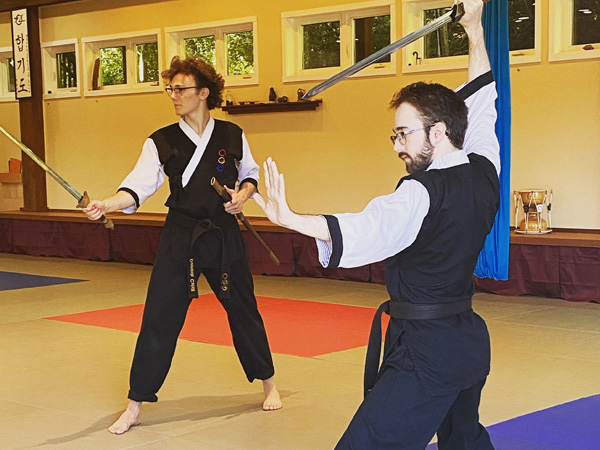 Matthew Amaral has been practicing martial arts for well over a decade, beginning at age 11. He has a 4th Degree Black Belt in Hapkido and studies Tai Chi, Qi Gong, and Yoga as well.

He has been part of the summer camp program since 2008, first as a camper and now as a head instructor.

Matthew currently teaches the daily 4 pm class where his dynamic style of teaching resonates particularly well with our younger students. 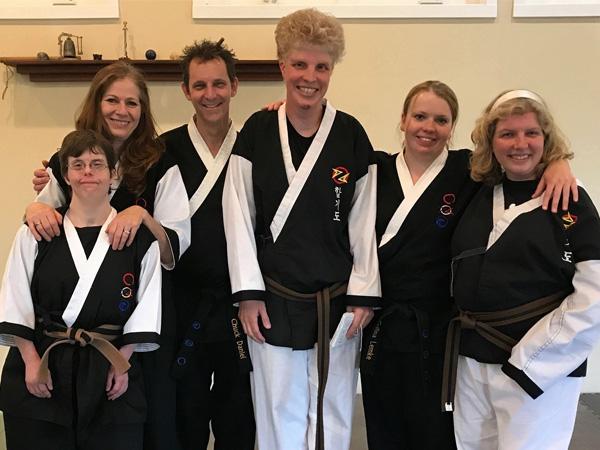 Collectively Chuck, Galina, and Robyn teach our Adaptive Hapkido program, serving our special needs community for over 10 years and have brought several students to black belt. 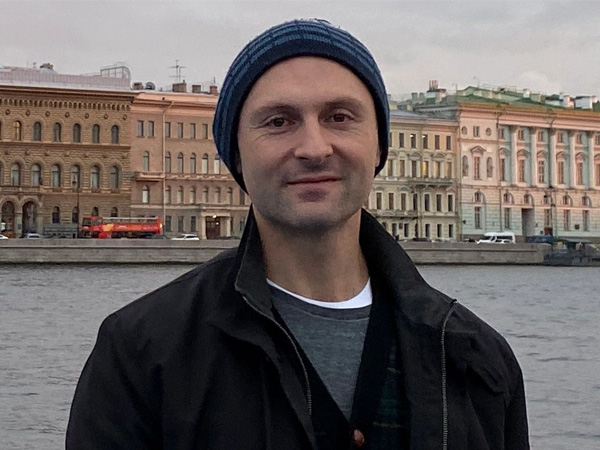 Max Livshetz currently teaches yoga at Enso Center. He has been studying yoga for over twenty years.

Max also has been practicing martial arts for decades, having earned the rank of 3rd dan in Hapkido and 1st dan in Tangsoo Do.

Max is a psychologist and has used his proficiency with languages to help Master Jason Mix in teaching seminars throughout the world and in hosting international seminars here. 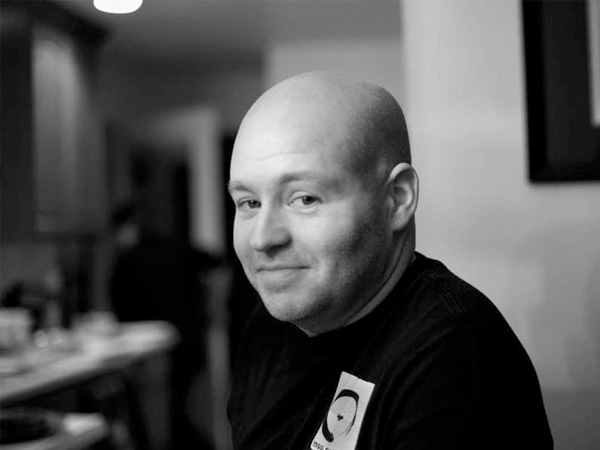 Tim Lemke began with archery as a child and has always loved the bow.

His dedication to martial arts often shows through in his classes, where intuitive archery is treated as a martial art and meditation. 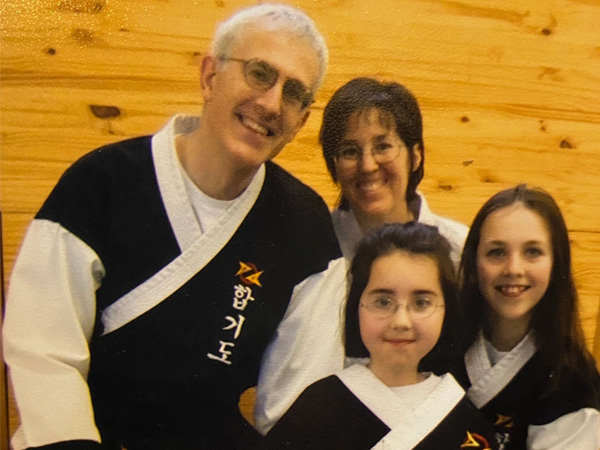 Master Beth and Dan Lovitt have been part of Enso Center since its inception and have been practicing martial arts for over 30 years.

Their daughter Rachel has been practicing martial arts since before she could walk and has now practiced herself for over 20 years. Together, they currently teach martial arts and mindfulness for the Lake Washington School District.

Rachel graduated from Willamette University with a degree in Exercise Science and a minor in Psychology. She currently works as a personal Trainer and completes her 180-hour physical therapy internship, where she learned about injury prevention and rehabilitation. Rachel was a 3 year varsity gymnast at Redmond High School and now works as a volunteer coach there in addition to teaching gymnastics privately. She has earned a 4th degree black belt in Hapkido and been the lead instructor at our Hapkido program in Willamette. 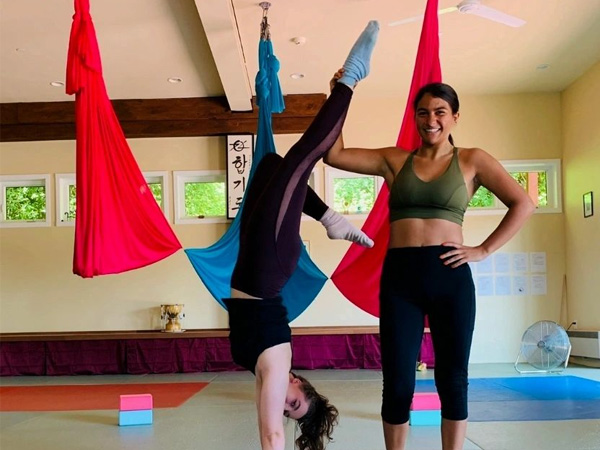 Aria Mix has a 3rd Degree Black Belt in Hapkido and has over ten years of experience in Gymnastics and Yoga. She has been an assistant instructor at Enso Center for over 3 years.

Isa Luanava has a 1st degree black black-belt in Hapkido and has many years of experience in Soccer and Yoga. She has been an assistant instructor at Enso Center for several years.